Ubisoft E3 2019: publishers like Nintendo and they have completely stopped the tradition of a holden press conference at E3. Other publishers like Sony have opted out from the event completely. However, Ubisoft still remains the one publisher which has got something or the other available for showcasing at E3. Ubisoft’s CEO holds a press conference every year at E3 and comes up with different game announcements and musical performances. It is one of the most attractive press conference held at E3. You would surely not want to miss the E3 2019 conference. Hence, we have listed on the procedure to watch the Ubisoft E3 2019 Conference live.

The exact plan about the live streaming of the press conference has not been shared yet. However, it is quite easy to guess the mode of screaming if we look at other publishers and the history of Ubisoft at E3. The press conference will be held at 4 p.m. on 10th June 2019. You must have your eyes on the official Ubisoft social media pages and YouTube channel. For better details, you must like and follow all the official channels right now. However, we do believe that the company will come up with the details of live steam prior to the event.

Ubisoft always has one best game under the cover before the press conference at E3. This has been a tradition and we expect that they will carry on this tradition in 2019 as well. There might also be some small new games being announced at the event. Besides, most people are expecting a new subscription package to be announced at E3 2019 press conference.

ALSO READ  These Are The 5 Best Games For Mac Devices You Need To Try Now!

The game has already been announced by Ubisoft in early May 2017. It is an open world shooting game and various features of the game were revealed. The developers had already confirmed that there is going to be interesting news about this game at E3 conference 2019. As of now, we know that it is a team based open world shooting game.

The new game has been based on the same line as its predecessor. However, a lot of new locations have been added which is really interesting to explore. The game will also be completely free to play because the developers want to expand the user base before they launch the upcoming games of the same title. It is confirmed that the news and development on this game will be shared at E3 2019. With just a few months before the launch of Breakpoint, we do expect a crossover event.

Just dance is a common game which is announced every year. The game is nothing but dancing as soon as the sun rises and sets. The launch is always followed by a theoretical dance event at the press conference. However, we are not yet sure about the costumes and outfits that will be available for the animals and dancers. But a well-choreographed dance event is expected before the announcement. 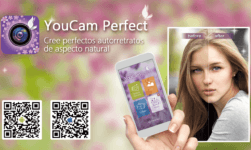