OnePlus 7 Pro, Pixel 3a, ZenFone 6, Samsung Galaxy A50: Nowadays, competition is so high between the smartphones brands that it’s very hard for the customers to select one of them. Obviously, everyone will opt for the best but if you are more into cameras than the other features then you are at the right place. With the help of this article, we are going to give you all the details of the key features and specification of OnePlus 7 Pro, Pixel 3a, ZenFone 6 and Samsung Galaxy A50 along with the comparison of all the four on the basis of their camera and shots on different given conditions. So, without wasting any time, let’s get started….

Let’s come back to Camera specification:

As far as the cameras are concerned, the device features 48MP, 16MP and 8MP triple rear cameras, which is capable of clicking awesome pictures. The front camera is equipped with the 16MP lens, which can help the users with outstanding quality selfie pictures as well as video calls.

ALSO READ  These Are The Top 5 Best Affordable Fitbit Alternatives For You!

Let’s start with Pixel 3a key features and specification:

Let’s Come Back to Camera specification:

As far as the cameras are concerned, the primary camera is a 12.2-megapixel Sony IMX363 sensor just like the Pixel 3. It has a single 8-megapixel selfie shooter at the front. The phone got most of the camera features of the Pixel 3 such as Night Sight, Super Res Zoom, and Playground. The camera performance is pretty amazing and the Pixel 3a is also able to deliver crisp shots in most lighting conditions.

Let’s Come back to Camera specification:

As far as the cameras are concerned, the Asus ZenFone 6 (2019) on the rear supports a 48-megapixel primary camera along with an f/1.79 aperture as well as a pixel size of 1.6-micron and a second 13-megapixel camera. Not only this but the rear camera setup has laser autofocus.

Let’s start with Samsung Galaxy A50 key features and specification:

Let’s come back to Camera specification:

After knowing the features and Camera specification of all the four above mentioned, we are going to find out which smartphone camera is best in different conditions available. So, let’s get started….

The camera out of these smartphones in a daylight condition is pretty amazing than the other three is Google Pixel 3a. After Google Pixel 3a, comes OnePlus 7 Pro, ZenFone 6 and last Galaxy A50.

The OnePlus 7 Pro gives the more defined images which isn’t much warm, which gives the color of the object very natural. While in this comparison, A50 gives the weakest detail as compared to the other three.

While comparing all, ZenFone’s image gives flat and under-exposed images while zoomed in, however its detail is remarkably decent. The Galaxy A50, on the other hand, overexposes the background and Pixel 3a gives a photo which is a bit over-sharpened, particularly with the background. OnePlus 7 Pro, however, gives the best-zoomed images as compared to all the other three and therefore bags the prize.

ALSO READ  NBA 2K20: Here Is Everything You Need To Know!

Clicking a shot using portrait mode is very tough and this is where HDR comes into play in order to make sure that the entire photo is well exposed due to the bright background, with a subject facing away from the light. Well, sadly none of the cameras here do a perfect job as were highly expected. But still, out of these Asus ZenFone 6 and OnePlus 7 Pro are way better than the other two in this comparison.

The Pixel 3a easily has the best colors merging along with a well-exposed background. While on the other hand, the others add some unnecessarily and inaccurately warmth, for some reason. But, if you talk about the portrait-mode selfie, then Asus ZenFone 6 takes the prize. Google Pixel 3a not only gives the best images in the daylight but also in the night light. While taking a portrait-mode selfie at night, OnePlus 7 Pro wins the prize.

The OnePlus 7 Pro merges more accurately with the skin tone color with the dark background giving us good detail. On the other hand, Galaxy A50 images are decent but not perfect, ZenFone 6’s image is a bit too dark and the photo of Pixel 3a has a strong detail giving a strong red effect. But when these are compared to the night mode conditions then Google Pixel 3a takes the first prize.

Here Is The Best Minecraft Skins To Download In 2019

HBO Max: All You Need To Know About WarnerMedia’s New Streaming Service 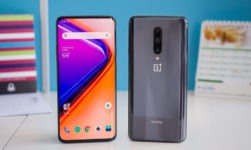 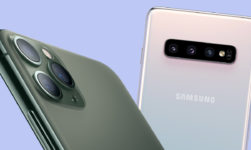 iPhone 11 vs Samsung Galaxy S10e; Which One To Choose?