Nintendo Switch Lite: These days Nintendo Switch is considered to be the favorite game console for almost every gamer. As we all know that from the past few years, the trend and craze of gaming have increased and because of which the demand for gaming consoles among various gamers has also increased. And what can make these games more amazing is the amazing gaming consoles.

At the present day, Nintendo comprises of a total of two game consoles named Switch, but both of them do different things. The Nintendo Switch is basically a video game console that has been developed by Nintendo and was released on March 3, 2017. It is a hybrid console that can be used as a stationary as well as a portable device.

Nintendo Switch games, as well as software, are accessible on both physical flash-based ROM cartridges along with digital distribution through Nintendo eShop; the system, on the other hand, does not use region locking. As an eighth-generation console, the Nintendo Switch competes with Microsoft’s Xbox One as well as Sony’s PlayStation 4.

Nintendo has also introduced Game Trials, which is basically a newly introduced service offered by Nintendo where the players can play newly launched games for a particular period of time only which has been decided earlier. Well, in other words, you can say that Nintendo’s Game trial is a part of their marketing strategy so that they can give tougher competition to others.

The Nintendo Switch has sold more than 32 million units internationally, as of December 2018. On the other hand, Switch sales have been intensely tied to sales of Nintendo’s first-party titles, with five games, The Legend of Zelda: Breath of the Wild, Super Smash Bros. Ultimate, Super Mario Odyssey, Mario Kart 8 Deluxe, as well as Pokémon: Let’s Go being sold more than ten million units each. A handheld-focused revision of the system, which is termed as the Nintendo Switch Lite, was released this year on September 20, 2019.

The Nintendo’s newest iteration of the Switch is maybe the best $200 (£199, AU$294) gaming portable that you would ever use, and it comprises of the giant library of games that every gamer would love to play.

Today, with the help of this article, we are going to talk about Nintendo Switch Lite so that you can get a clear picture of this amazing gaming console. This will help you to decide whether you want it or not. So without wasting any time let’s get started….

Nintendo Switch Lite is quite smaller in size and is a cheaper Switch option available in the market. The OG Switch comprises of a number of moving parts with its detachable Joy-Cons as well as a large tablet display. Here you can actually feel everything wiggle a bit while holding the system in handheld mode. But, at the same time, the Switch Lite is a single, sturdy chunk of plastic, making it feel such as a true handheld as compared to a display with two controllers that are strapped to the sides of it.

While the Switch Lite is clearly designed to be a dedicated handheld, it’s being quite hard not to miss the capability to, well, Switch. You won’t be able to connect this system to a TV, and while you can technically connect wireless controllers to the Switch Lite for some tabletop multiplayer action, and so on.

The miniature Switch by Nintendo is one of the most comfortable as well as eye-catching handheld consoles that you will ever see. It comprises of a compact 8.2 x 3.6-inch design that feels more travel-friendly as compared to the standard 9.4 x 4-inch Switch.

The system’s more compact button layout felt particularly crowded as while carefully attempting to clear the death-trap-laden courses of Celeste and Super Mario Maker 2, there were even many times when your thumb might get knocked against the right analog stick while you will be trying to push the face buttons.

However, the Switch Lite doesn’t make too big of a compromise with its 720p touch display, as it has been reduced down to 5.5 inches as compared to the standard Switch’s 6.2 inches.

Talking about the battery life of Switch Lite, it has been rated for 3 to 7 hours of battery life which is quite a little better than the OG Switch, but at the same time, it is not quite as good as the up to 9 hours that the 2019 Nintendo Switch refresh promises. 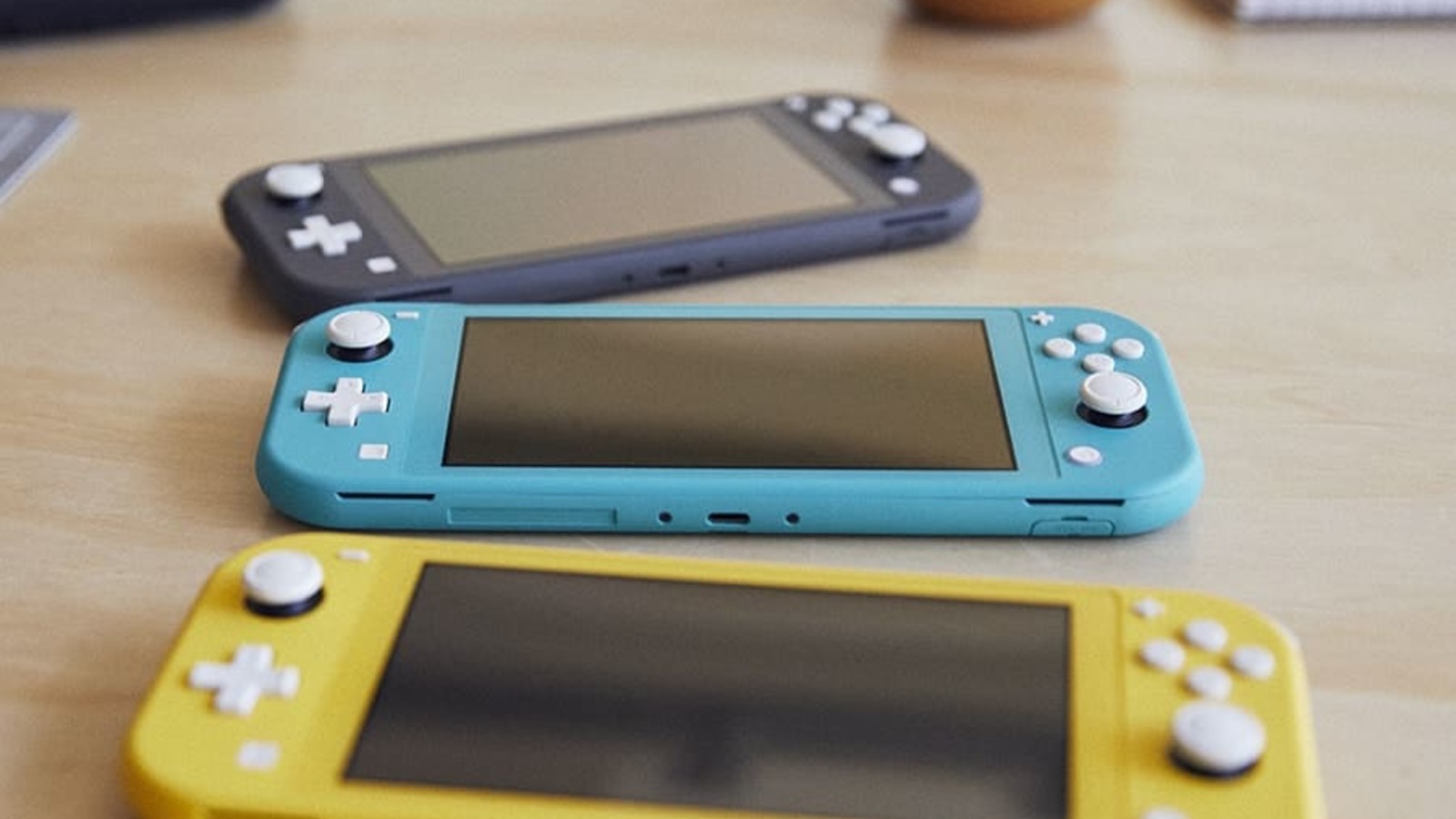 The Switch Lite is an excellent dedicated handheld which is available at $199 with a great choice of the game library, though it’s size might worry for bigger hands as it is quite small for those.

Overall, Nintendo Switch Lite is one of the best gaming consoles around the globe that you would ever come across. It offers you amazing gaming experience by offering a vast variety of games.

However, the decision of yours for buying it depends on whether you’re fine using the Switch as a handheld, like the Nintendo 3DS as well as all the gaming handhelds Nintendo that has been made before this, or else you just want it to connect to a TV.

On the other hand, the Switch Lite can’t switch between TV and handheld mode. But in addition to that, if you try to live with two Nintendo Switches in your home, you are soon going to realize that Nintendo’s ornery game-sharing rules create your gaming life more unsatisfying than it should be. So, at the end choice is yours.

In this article, we have discussed many things about Nintendo Switch Lite. Hopefully, this information will be beneficial for you.