Recover Deleted WhatsApp Messages: WhatsApp is one of the leading social networking sites for messaging, sharing status, video calls and so on. It is the most trusted online platform and that’s why millions of people are connected to this application.

Another reason for its popularity is that WhatsApp also offers so many amazing features to its users such as it allows its users to send text messages and voice messages, make voice and video calls, as well as share images, documents, user locations, along with other media. One of the popular features offered by Whatsapp is that you can delete your message that you have sent to another WhatsApp user. But, with this feature, the curiosity of the users have also arisen, most of the people want to recover the messages that were deleted on WhatsApp.

Other than that there are also many reasons that the WhatsApp chat history disappears after an accidental deletion that is in spite of clicking on “Add conversation” you clicked on “Delete chat. This is one of the major issues that the user comes across not because of user fault, but due to the inconvenience of a touchscreen.

Also, messages get deleted after reflashing a phone: all data stored in internal memory gets lost once and for all; Another reason might be after changing a phone- you have to reinstall the messenger and, thereafter, all messages are lost.

As the curiosity of the people is rising day by day, so today, with the help of this article, we are going to talk about how to recover deleted Whatsapp messages. So without wasting any time let’s get started….

WhatsApp Messenger is a freeware, cross-platform messaging as well as Voice over IP (VoIP) service that has been owned by Facebook.

WhatsApp’s client application runs on mobile devices but at the same time, it is also accessible from desktop computers, as long as the mobile device of the users carries on to be connected to the Internet while they use the desktop app.

The client application was made by WhatsApp Inc. of Mountain View, California, that was further acquired by Facebook in the year 2014 (February) for about US$ 19.3 billion.

It turns out to be the most popular messaging application in the world by the year 2015, and has over 1.5 billion users on an international level, as of February 2018. It has grown into the primary means of communication in various countries, which comprises of Brazil, India, Pakistan along with large parts of Europe, comprising the United Kingdom, Spain, as well as France.

How to Recover Your Deleted chats on Whatsapp?

Luckily, all the WhatsApp chats are safely stored in backups.  Backups are made automatically on a phone each day as well as on a schedule.

One of the easiest ways to recover old WhatsApp messages is by deleting WhatsApp and then again reinstalling it. After identifying your verification number, you’ll be then asked if you would like to restore a backup copy from Google Drive or else to import a local file with your messages history.

Here are some of the additional best methods to restore deleted WhatsApp chats and these methods are as follows:

If accidentally you have deleted your chats on WhatsApp, there’s a chance that the chat was present on your cloud backup. The cloud backup still has your chats as well as you can also restore it. Here are the guidelines explaining how it is possible:

Step 1: At first, you have to uninstall WhatsApp from your Android smartphone or iPhone.

Step 2: After that, you have to reinstall WhatsApp and then set it up with your phone number.

Step 3: As soon as the app is set up, you are going to get a prompt asking you to restore messages from a cloud backup. This backup would be from Google Drive on Android, as well as iCloud on iOS. Now, you have to tap on Restore.

Step 4: This is going to bring back the messages that you had deleted accidentally. One must also take note that if you got a message after your most recent cloud backup and then deleted it, then there is no other way in order to recover it.

If in any case, you didn’t connect a Google Drive account to Whatsapp, then there is an additional way to restore your deleted messages from a local file.

In order to understand that you must know that the chat backup files are stored at /sdcard/whatsapp/. If in any case, you fail to find them, then check the phone’s internal memory. Even if they aren’t there, the reason behind it would possibly be that you’ve deleted them. If this is the case, then here are some of the following recovery methods which use Undeleter or DiskDigger programs with the help of which one can easily restore deleted WhatsApp chats.

Step 1: At first, you have to install a file manager, such as ES Explorer or TotalCMD.

Step 2: After that, you have to open the sdcard/WhatsApp/databases folder. All the chat backups, on the other hand, are stored there. If there are no files, then you will have to check main storage also.

Step 3: Now, select the file that you want to restore from the list. Rename it to msgstore.db.crypt12.

Step 4: As soon as you rename it, you will have to uninstall WhatsApp from your phone and then again reinstall it by downloading the latest version from Google Play.

Step 5: Specify the phone number that you have used before during installing,

Step 6: At last, click on “Restore” located in the “Restore chat history” window in order to import old chats as well as get back deleted WhatsApp messages.

With the help of this article, we have discussed how to recover deleted WhatsApp chats and messages. There are some methods through which we can access our deleted messages which we have explained above. Hopefully, this information will be beneficial for you. 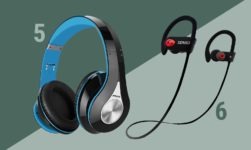