Facebook Libra Announced: Cryptocurrency is the future of the financial markets and not many people understand it today. However, Facebook is well versed with the upcoming revolution in the digital payment industry. No wonder, the company announced that it is launching the digital wallet called Calibra. Moreover, the company also stated that they plan to launch it by 2020. Facebook is targeting the 1.7 billion unbanked people to enter the financial revolution. It is not another Bitcoin but a payment solution which will make online shopping easy for Facebook and other users. We covered everything that you need to know about Facebook libra.

Facebook has planned a centralized cryptocurrency rather than a decentralized one like Bitcoin. They know that decentralized currencies are banned by many countries and it won’t turn fruitful. Hence, Libra will be regulated by Facebook as well as a consortium like a visa or MasterCard. Hence, everyone has a high expectation from the Facebook Libra and it will be really amazing to track the development.

Libra was officially announced by Facebook on Tuesday and the company stated that it has been under development for 1 year. They are constantly seeking funding in order to make Libra possible and a granting consortium to those companies which will take it forward. It is going to be myself and this is evident from the fact that major companies like booking.com, PayPal, uber and some other E-Commerce websites have already joined the Libra association.

ALSO READ  Coinbase Review: All You Need To Know Before Using

The breakdown of Bitcoin had shattered the hope of many cryptocurrency enthusiasts. However, the hope seems to revive with Facebook Libra. Some people are betting high on a modern day centralized cryptocurrency.

The launch of Facebook's cryptocurrency will go down in history as THE catalyst that propelled digital assets (including bitcoin) to mass global consumer adoption. Will be remembered as just as important — and transformative — as the launch of the Netscape browser

Another big difference between Bitcoins and Facebook Libra is the connection with the real world. Facebook is planning to back Libra with certain Fiat currencies like the dollar. This will make the real-life connection between cryptocurrency and Fiat currency possible and this will result in less fluctuation of prices. Hence, the list actuation will encourage users to accept payments using Libra. Bitcoins, on the other hand, does not have any connection to the real world and is not backed by any fiat currency as such.

The future of Libra seems to be bright as it will bring millions of people who do not use bank accounts into the financial system. It will allow making a transaction without the need for a bank account both swiftly and legally. Many people are betting high on Facebook libra and are calling it a global revolution in the financial market.

Today, we are not well aware of the functionalities of the cryptocurrency but within a few years, we would get addicted to it just like we got addicted to social media. The revolutionary currency will be an amazing thing and it will help everyone to join the mainstream without doing many formalities. Facebook aims to come up with the complete process within a year or so. They will also launch the digital wallet called calibra for storing Libra. Hence, you must gear up to witness the financial revolution in the next few years. We will with come up with more details about Libra once it is available. Till then, enjoy the current cryptocurrencies. 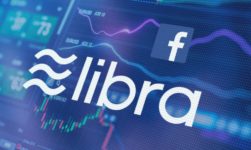