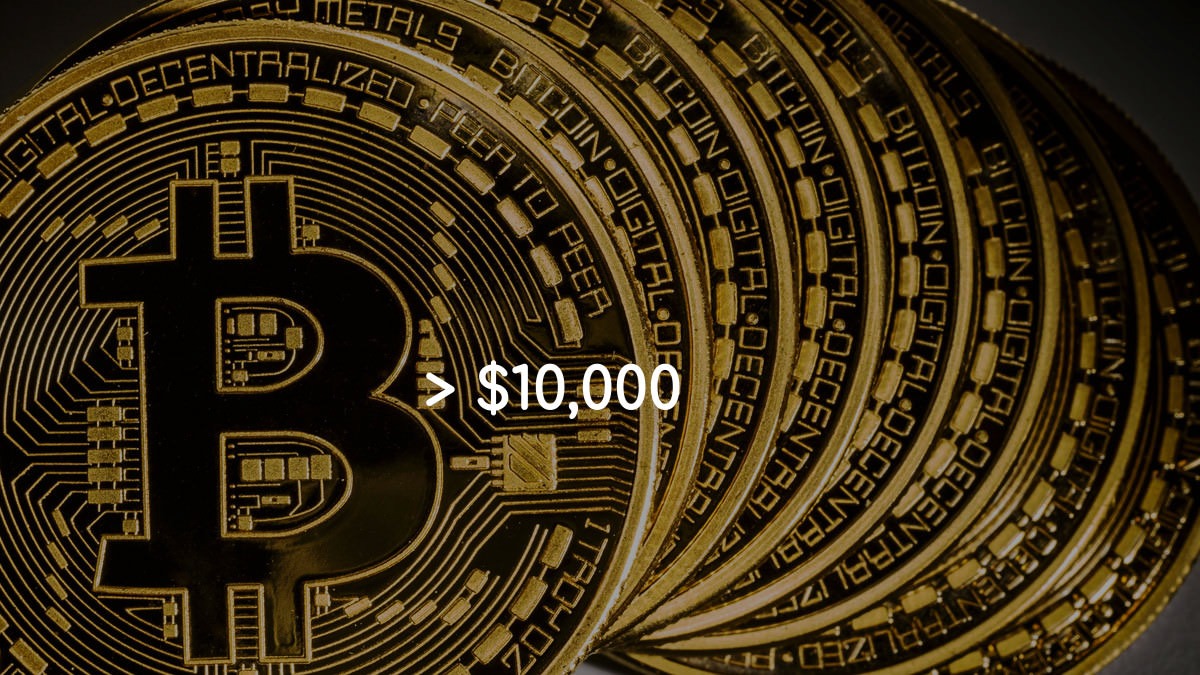 Bitcoin Crosses $10,000 Mark: Bitcoin has remained one of the best cryptocurrencies and is considered to be a shining metal. However, the shine of this metal was fading day by day as the demand for cryptocurrency felt miserably since December 2017. It made an all-time high record of more than $19000 in 2017. However, it has been under free fall since then. The price of Bitcoin crashed to touch around $3000 in 2018 and 19. But it seems that it is back in form.

Bitcoin claimed $10,000 level during the early trading hours on 22nd June 2019. It is for the first time in 15 months that Bitcoin has reached this level. There are a number of factors behind this skyrocketing price of Bitcoins. It soared to $19,511 in December 2017 to mark its all-time high record giving 1400% return to the investors. It was a crazy return which hasn’t been offered by any other asset class in recent history.

However, the price crashed by 74% in 2018. But now it seems that Bitcoin is back in the LimeLight. But what is the reason behind this extraordinary move? Various analysts have been tracing the price closely and a predicting more upside move in the near term.

While the price of the cryptocurrency dropped more than 75% in 2018, the analyst predicted an extraordinary upside move whenever the trend reversal happens. This was because the investors did not escape from the cryptocurrency sphere but they were waiting on the sidelines only to return back into the mainstream. However, this was an extraordinary upside reversal pattern and analysts are also really excited for the further movement.

ALSO READ  SteemHunt Review: How You Can Earn Money Using It?

The real 2018 was a dark phase for the cryptocurrency market because it was getting banned by different countries. India also imposed a total band on the cryptocurrency trading. Major Indian exchanges were forced to shut down. This badly hurt the sentiments of the investors and the future outlook of the cryptocurrencies sphere looked bleak.

However, the late announcement of Facebook joining the blockchain technology to introduce a new cryptocurrency shows that the future is not at all bleak. Rather, the future is all about digital currency. Major companies like Uber, Airbnb, PayPal and others have joined the Libra association. This gives a strong indication that digital currency is going to be the future and this has led to a big rally in the Bitcoins price. Nevertheless, the price is skyrocketing and investors must be cautious why buying it at the higher levels.