What is World Refugee Day?

The day is fully dedicated to raising awareness of the condition of refugees all over the world.

When is World Refugee Day this year?

This year in 2019, World Refugee Day is going to be observed on Thursday, 20 June 2019 in order to honor the strength as well as the courage of refugees. The day also helps in encouraging public awareness and support of the refugees, people who have had to flee their home lands due to various reasons such as conflict or natural disaster.

What is the history of World Refugee Day?

The United Nations General Assembly in Resolution 55/76 on 4 December 2000 has decided that, from the year 2000, 20 June would be celebrated as World Refugee Day. In this resolution, the General Assembly noted that the year 2001 marked the 50th anniversary of the 1951 Convention concerning the Status of Refugees.

The World Day of Migrants and Refugees in the Roman Catholic Church is celebrated in January every year, which has been introduced in the year 1914 by Pope Pius X.

Refugees are vulnerable and are always in need, they are mostly misunderstood and criticized, and often have very little or nothing of their belongings and not even have enough food to eat. They often have to leave their homes with a little or without anything. They suffer from various factors such as physical and mentally like cold, hunger, trauma, despair, disease, violence and loss. The World Refugee Day act as an awareness day for the public and various organizations in order to help public understanding of refugees as well as raising support and help.

ALSO READ  UK Bank Holidays: Why And How Can They Affect Your Vacation Plans?

“The world will not be destroyed by those who do evil, but by those who watch them without doing anything” – Albert Einstein

“I urge you to celebrate the extraordinary courage and contributions of refugees past and present.”- Kofi Annan

Every single year on June 20 the United Nations, United Nations Refugee Agency (UNHCR) as well as numerous civic groups around the globe host World Refugee Day events in order to appeal and draw the public’s attention towards the millions of refugees as well as Internally displaced persons internationally who have been forced to run away from their homes due to war, conflict and discrimination.

The yearly commemoration is marked by a number of various events in more than 100 nations, including government officials, humanitarian as well as workers, celebrities, civilians and the forcibly evacuated themselves.

Individuals, as well as community groups, are also encouraged to mark the day by joining a local World Refugee Day event. On this day people are asked to watch and share World Refugee Day videos, in order to raise awareness for refugees on social media. 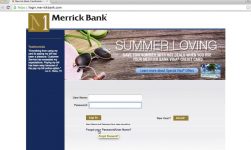 Cinco De Mayo 2020: Know The History And Facts About The Day 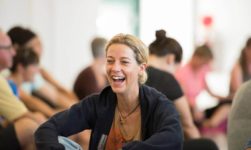