Cloud-based utility softwares are some things which are extremely important in the modern-day. These softwares are used in the day to day life. But, a few German schools have banned Microsoft office 365.

The reports and conversation with the school authorities review that the privacy and other configuration change of these cloud-based softwares are not in compliance with the European general data protection regulation (GDPR).

A statement of the legality of using office365 in German schools was published online on 9th July. The translated version of the statement reads that there is a big concern about the privacy and data coverage of the children residing in Germany. We all are aware of the fact that Microsoft is a US company. However, European laws have allowed foreign companies to store data locally only.

But the rising concern of the technological war in the world has been on a constant rise. This has to lead the German regulators to rethink about using the foreign cloud-based Services. Microsoft office 365 is particularly the largest cloud-based service. The translated version of the statement showed concern about the data of children stored on the European servers of Microsoft office.

They claim that the data of all the children are listed in the European data hub only. However, the authorities of the United States must be having access to this cloud-based service. Hence, your privacy of all the German school students is at high risk. The data includes the name of the student along with his age and residential address. Moreover, the personal details about the parents are also usually stored on the servers

This privacy issue was a result of the change in the location of the data storing center. Reportedly, Microsoft has shifted the data center to Europe in 2018. Hence, the German schools are concerned about the easy availability of the data to the USA authorities.

It is because of these issues that the commissioner has ruled that Microsoft Office and Windows 10 will not be used for storing data of the children. The softwares mentioned above are not in compliance with the rules of German Regulators.

Additionally, the report of the commissioner also stated that Apple and Google cannot be the alternatives to Microsoft office 365. The reason being that even these two companies are non-compliant with the laws of the European GDPR. It stated that there is a lack of transparency in the cloud-based system of Microsoft, Apple, and Google and all these three companies belong to the United States.

On 16th July, Microsoft also issued a statement in reply to the commissioner’s statement. It indicated that the company is completely compliant with all the updated rules and that they are trying to become more transparent so that their services can be available to a wider range of users.

Online MBA Program: Is Getting An Online MBA Degree Worth It? 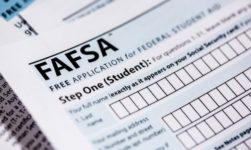 Great Lakes Student Loans: Everything You Need To Know! 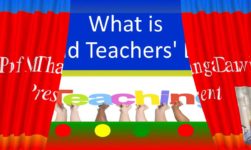