For the first time, after 149 years, the Chandra Grahan (lunar eclipse) is going to happen together with Guru Purnima which will be held on 16 July. Guru Purnima is basically a festival celebrated by Hindus and Buddhist al around the world where the devotees pay their respect and devotion to show their gratitude to their spiritual and academic teachers.

A lunar eclipse is a natural phenomenon which occurs when the Earth in course of its orbit around the Sun, comes in the middle of the Moon and Sun in such a manner that Moon is hidden in the shadow cast by Earth. This can only happen when the Sun, Earth, and Moon are accurately or very closely aligned, with Earth in the middle of the other two. A lunar eclipse can take place only on the night of a full moon. The type and length of a lunar eclipse be determined by the Moon’s closeness to either node of its orbit.

Arvind Paranjpye, who is the Director, Nehru Planetarium of Mumbai, said that as this eclipse is taking place in the monsoon season, because of which it is mostly possible that hide and seek play might take place of the celestial sight.

Another Lunar Eclipse also is known as a total lunar eclipse happens when earth completely blocks direct sunlight from reaching the Moon. The only light redirected from the lunar surface has been diverted by Earth’s atmosphere. 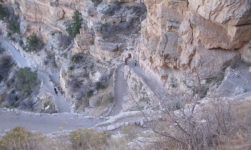 Lunar Eclipse 2019: Stargazers Around The Globe Enjoyed This Natural Phenomenon