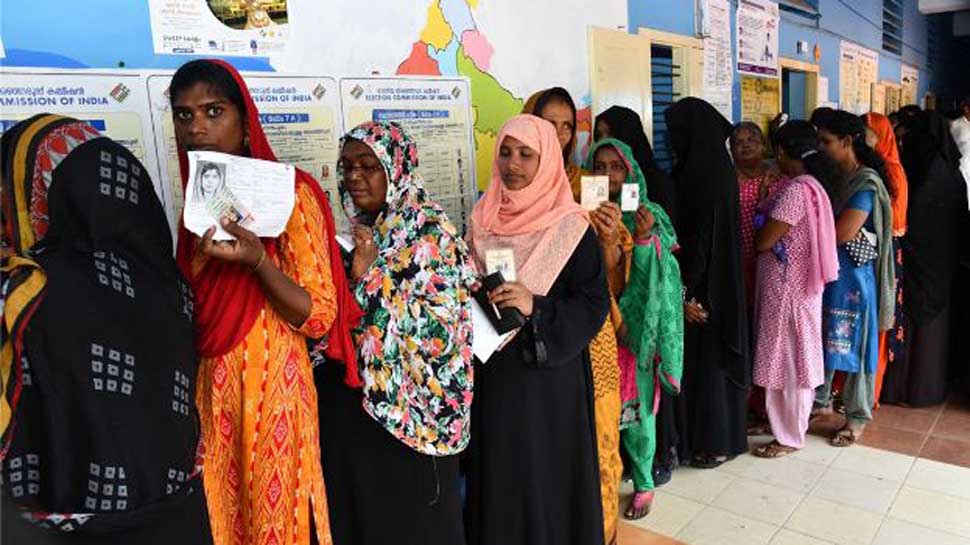 Lok Sabha Election 2019 Phase 3 Highlights: Lok Sabha elections 2019 conducted its Phase 3 voting on Tuesday, April 23, covering 116 constituencies. The third and largest phase of Lok Sabha elections marks a high voter turnout, comprising over 80 percent in Assam also including the complaints of EVM malfunctioning in several states and killing of a man outside a booth in West Bengal.

Earlier, the Lok Sabha elections 2019 was started from April 11 with its phase 1 voting for ninety-one seats as well as Phase 2 elections on April 18 for 95 parliamentary constituencies in 11 states and a Union Territory. The result for the same will be announced on 23 May 2019 after which the Prime Minister will be chosen by members of the largest party or alliance.

Here are some of the major highlights of Lok Sabha elections 2019 of Phase 3 voting:

The wife of Prime Minister Narendra Modi that is Jashodaben Narendrabhai Modi, on Tuesday cast her vote at a polling booth in Unjha, a town in Gujarat.

After casting her vote she said, “Modi sahab has done a lot for the country, he will do more.”

A polling agent named Babulal Murmu, was found dead at his house in Buniadpur, Dakshin Dinajpur. The investigation is going on and more details are yet to be disclosed.

There were complaints of EVM malfunctioning at a number of booths and were attended to, Chief Electoral Officer L Venkateshwar Lu said in Lucknow. The Samajwadi Party has also lodged a complaint over the alleged malfunctioning of EVMs with the Election Commission, calling it criminal carelessness.

Bombs were thrown outside the booth

Bombs were allegedly hurled outside a booth in Balurghat seat of West Bengal, leading to uproar, he said, adding, central forces also apparently baton charged a gang in Suti area of Jangipur.

A presiding officer removed for forcing people to vote for SP

The presiding officer was removed at a booth in Etah after people blamed him of pushing them to cast their votes in support of the SP. SP leader Ahmed Nafis was taken into custody for few hours in Kasganj in Etah after authorities expected break of peace.

Final voter turnout as per the Election Commission: