After a thrilling World Cup, 2019 final at the Lord’s Cricket Ground on Sunday, England for the 1st time in men’s cricket history were crowned world champions.

The finals were held between England and New Zealand where they end up at Super Over as both the teams finished at 241 scores. New Zealand played the first innings where they scored 241/8 in 50 overs followed by England ending up at the same total but were all-out in their quota of 50 overs.

After this, the World Cup 2019 final was tied but a Super Over was played to elect the champions. The super over was even more freaky than the final match of 50 overs as both teams managed to score the same runs that are 15 runs in 6 balls each.

But, at last, as we all know that there can only be one winner, so, England were crowned world champions on the basis of hitting more boundaries during the match. There was a total of 17 boundaries made by New Zealand and 26 by the hosts.

This was the first ever or maybe the last time that such a thing happened in the cricket world cup history. We really don’t know that what is going to happen in the future of the Cricket World Cup, but absolutely nothing will compete or compare with 2019 World Cup final.

England coach Trevor Bayliss said in a news report, “These guys have put in so much hard work and it’s come to fruition. A lot of people behind the scenes have done a fantastic job and this feels fantastic. It makes it all worthwhile. We have come in for criticism at times but we had a goal in mind and this is the proof.”

He further added, “Jofra Archer is our best bowler, he’s hard to get away and he bowls a good yorker. He had the class and he showed it. The future he has got – he’s going to be a fantastic bowler.

“I tried to be as calm as I can but I was very nervous on the inside – let me tell you.”

Eoin Morgan, England team Captain on that incredible game of cricket said, “There wasn’t a lot in that game. I’d like to commiserate Kane Williamson and his team. The fight they show is worth aspiring to, the example they set is commendable to all. It was a hard, hard game where people found it hard to score.”

He added, “This has been a four-year journey, we have developed a lot. We find it hard to play on wickets like that and today was about getting over the line. Sport is tough at times. I was being cooled down by Liam Plunkett, which is not a good sign! I was up and down like a yo-yo.”

“We are delighted that we are lifting the trophy.”

New Zealand’s captain, Kane Williamson, on the other hand, said that his men were shattered but admitted that it wasn’t merely about the one additional run at the end.

He said, “Look, it certainly wasn’t just one extra run. So many small parts in that match that could have gone either way as we saw.”

Whatever happens in the future of the Cricket World Cup, absolutely nothing will emulate today’s final.

He added, “Congratulations to England on a fantastic campaign. It’s been challenging, the pitches have been a little different to what we expected. Lots of talk of 300-plus scores, but we haven’t seen many of those. I’d like to thank the New Zealand team for the fight they showed to keep us in the tournament and get us this far. A tie in the final. So many parts to it. The players are shattered at the moment.

Such a shame it was on the same time as Wimbledon, but that is why cricket is the greatest sport on earth. I hope more people have realised that today or the causal watcher has been converted.

“Obviously it’s devastating. They’ve performed at such a high level through the tournament,” Williamson said.

An Irishman and Dub who gathered footballs at training in Santry Ave during our All Ireland year '95 now captains England to cricket World Cup. Who'd have guessed what would happen nearly 30yrs later. Well done @Eoin16

Williamson who was also named who was named man-of-the-series accepted the fate and said, “That was a bit of a shame, wasn’t it? You just hope it doesn’t happen in moments like that. You can nitpick, but perhaps it just wasn’t meant to be for us. It is perhaps tough to review the match and such small margins.” 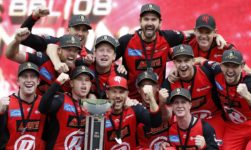 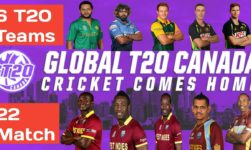 ICC world Cup 2019: India vs New Zealand Semi-Final To Resume On Wednesday, Chances Of Rain On Reserve Day Too 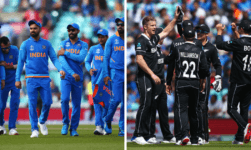 ICC World Cup 2019: India vs New Zealand, Both Teams Are All Set For The First Semi-Final Round