Zombieland Double Tap Release Date, Cast, Crew, Plot, Trailer: Finally, after such a long wait, the highly appreciated horror zombie comedy film, Zombieland, is back again with its next part. The sequel to Zombieland (2009), is named Zombieland: Double Tap, which is directed by Ruben Fleischer and written by Rhett Reese, Paul Wernick, and David Callaham.

Zombieland: Double Tap, on 13th July 2018, was officially given the green signal by Sony Pictures. Sanford Panitch, president of Columbia Pictures, announced the news in a press release by stating, “This is one of those projects that fans have wanted to see happen for a long time—and no one wanted to see it happen more than Emma [Stone], Woody [Harrelson], Jesse [Eisenberg] and Abigail [Breslin]. These are some of the most in-demand actors, and I think they are making this movie because they love these characters. We are thrilled Ruben [Fleischer] was willing to come back to direct the sequel, as his work on Venom has been truly amazing.”

The sequel to Zombieland was finally confirmed in July 2018 after being the project in development hell. At the same month, the four main stars and Fleischer all signed the project, as well as the additional cast members which comprise of Dawson, Middleditch and Wilson joined the project in early 2019. The filming of the movie took place from January to March 2019. Being produced by Columbia Pictures, the movie is scheduled to be released in the theatres of United States on 18th October 2019, by Sony Pictures.

The movie is directed by Ruben Fleischer and produced by Gavin Polone. It is based on Characters by Rhett Reese Paul Wernick. The music is given by   David Sardy and the cinematography is done by Chung Chung-hoon.

The Production company of the movie is Columbia Pictures and Pariah as well as distributed by Sony Pictures Releasing.

Characters Being Played by the Casts are as follows:

Well, nothing much in detailed is revealed about the plot the Zombieland: Double Tap, but overall the story revolves around the after events of the first film. The four leading casts such as Columbus, Tallahassee, Wichita, and Little Rock move to the American heartland as they fight against evolved zombies, fellow survivors and the rising pains of the snarky makeshift family.

ALSO READ  Fast And Furious 9 And 10: Release Date, Cast And Everything You Should Know

Zombieland: Double Tap Trailer is out and it seems to be very interesting. If you want to watch the trailer, then you can watch it directly from here. 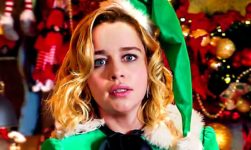