Typhoid is a kind of fever which develops and spreads very quickly among in the children. The disease is caused by the bacteria name salmonella typhi. It mostly occurs due to the intake of contaminated water or food. Taking in these contaminated water or food causes the disease and it can spread via contact. Typhoid Fever is a very rare disease and about 21 million people suffer from this disease every year. Moreover, the disease especially developed in children and can be really serious. Hence, you must be aware of the symptoms and treatments of typhoid fever. We have listed the symptoms and treatment of typhoid.

However, is Typhoid Caused?

As mentioned earlier, typhoid fever is caused when a person intakes contaminated food or water. The bacteria of typhoid is spread mainly by water. Hence, an individual who is suffering from typhoid fever passes on the bacteria to the water via Stools. Moreover, many people suffer from mild fever and the bacteria remains inactive in their body. Such people become the carriers of typhoid and can suffer or spread typhoid in future too. Hence, it is very important to undergo medical check-up regularly.

Salmonella typhi is the bacteria which causes Typhoid fever. Once the bacteria enters the body, it directly goes to the small intestine and enters the bloodstream temporarily. Additionally, the bacteria are carried by the white blood cells two different parts of the body including liver, spleen, bone marrow, and other critical body parts. The bacteria spread rapidly to the other parts of the body like gallbladder and multiplies at a very high speed. The major concentration of bacteria is found in the intestinal tract. Hence, a diagnosis of typhoid includes testing the stools. This is because of the fact that the major bacteria reside in the intestine and comes out with the stool. However, if the readings are not very clear, the doctor may prescribe a urine test in order to find out the concentration of Salmonella typhi in the body.

Typhoid Fever At A Glance

Typhoid fever is a very critical disease and is caused mainly in the children. However, adults are equally prone to acquire this disease. The bacteria involved in spreading this disease has the capacity of multiplying at a very rapid speed. This is why it becomes very difficult to stop the growth of these bacteria. Hence, the patients must go for a balanced treatment in order to cure this disease completely. There are many cases where the bacteria is not completely eliminated from the body, however, the symptoms of typhoid disappear. This is when the bacterias go into a dormant phase.

Patients suffering from the symptoms of typhoid should immediately consult a doctor for further treatment. Doctors often described antibacterial drugs or antibiotics to illuminate salmonella typhi in the body. In severe cases, the doctor may prescribe some medications for curing liver and gallbladder. Hence, the symptoms of this disease should not be ignored at any cost. 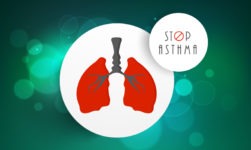 Some Of Trendy Weight Loss Plan Which Works Best For You!

Armour Thyroid vs Synthroid: Which Is Better For The Treatment Of Hypothyroidism

National Cheeseburger Day 2019: Here Are Some Great Deals For You