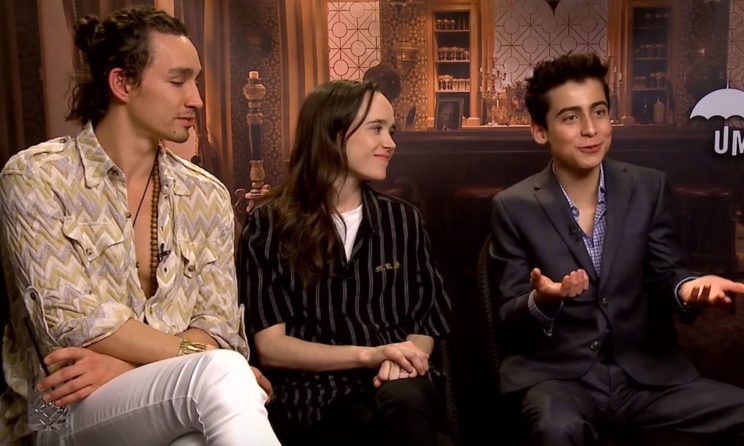 The umbrella Academy does not have any decided release date but the filming will be starting this summer in Toronto.

Netflix has announced a trio of the newcomers for The Umbrella Academy Season 2 out of which two are set as the series regulars. Ritu Arya will be playing the role of Lila. She will basically play the role of a chameleon who can be brilliant and also clinically insane as the situation requires. She has been gifted with a twisted sense of humor who is at times unpredictable and mischievous.

Yusuf Gatewood will play the role of Raymond. He is a born leader with quite smart, gravitas and the confidence to never have to prove it to anyone. He is warm and dedicated kind of a person. He has an innate ability to disarm you with just a look. Marin Ireland will play the role of Sissy. She is fearless and no-nonsense Texas mom who marries the young out of some wrong reasons.

The Plot of the Umbrella Academy Season 2

The Umbrella Academy showrunner Steve Blackman shared a bit of the news from the production of the season. That script was surely looking like the shoot of the Season 2 episode 1. If the title would have been something different like “Right Back Where We Started” then it could justify the Umbrella Academy better because it will be starting from where the season 1 got its end.

The Umbrella Academy Season 1 has adopted the majority of the comic’s first volume “Apocalypse Suite” with bits of the other volume “Dallas”. Way revealed that all things are already planned and there are around 8 graphic novels. He continued saying that there will be two more series in the future. There are only a couple of things that have been used from Dallas so if there is any potential season then the audience will surely be seeing some potential scenes from Dallas. This can be said that we are not the only ones who are excited about knowing the plot of the season but the cast is also excited to know that what will be happening next with the Hargreeves family ahead.

Star Wars: Episode IX – The Rise of Skywalker; Here Is All You Need To Know!