Victoria Day 2019 Weekend Celebration, Fireworks, Events, Activities: A Canadian federal public holiday, “Victoria Day” is celebrated every year with a great celebration. The day is basically celebrated on the last Monday preceding May 24, in order to honor the birth date of Queen Victoria.

This holiday is also known as “National Patriotes Day” (Journée nationale des patriotes) in Quebec. Also, Victoria Day is generally referred to as the “May two-four weekend” as well as “May long weekend” and the day marks the unofficial begining of the cottage season where cases of beer are consumed by hard working Canadians. Or another reason that it is called May two-four for the reason that May 24, 1819, is Queen Victoria’s birthday.

The holiday has been celebrated in Canada since the year 1845 and at first, it was observed on Victoria’s actual birthdate (May 24, 1819). At that time, the day was celebrated with picnics, parades, sporting competitions, fireworks as well as cannon salutes.

When Queen Victoria died in the year 1901, Canada’s parliament officially named the holiday Victoria Day. With time, the day has become a significant holiday in Canada which is celebrated every year. Victoria Day is considered to be a federal statutory holiday, and also a holiday in six of Canada’s ten provinces as well as all three of its territories.

In the year 1952, the government made the decision to start the celebration of Victoria Day on a Monday. It was decided that the day is to be observed on May 24th if that worked out, or else, it would be held on a Monday immediately before it.

Canada observes the holiday with great celebration and it is also considered as an official holiday in order to celebrate and honor Queen Victoria birthday. The federal government on Victoria Day, host the Royal Union Flag at all federal government buildings from sunrise to the sunset and it comprises of airports, military bases, as well as other Crown, held property all over the country.

Also in addition, in the song “Lakeside Park” by a Canadian rock band named Rush, from their 1975 album Caress of Steel mentioned the holiday in their song. The song contains the line, “everyone would gather on the 24th of May, sitting in the sand to watch the fireworks display”.

The major observances on this day are the grand parade, sporting competitions as well as fireworks. A lot of cities hold a parade on this exceptional holiday, with the most projecting being that which has taken place since the year 1898 in the monarch’s namesake city of Victoria, British Columbia.

The evening fireworks show is one of the most amazing parts of the day that held at Ashbridge’s Bay Beach in the east end of Toronto, as well as at Ontario Place, in the similar city. This year too, there will be a great firework display which is going to be held in Southern Ontario in the evening.

Where You Can Watch Victoria Day 2019 Fireworks? 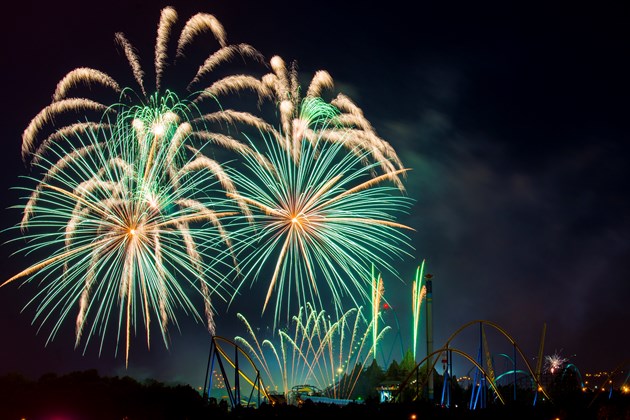