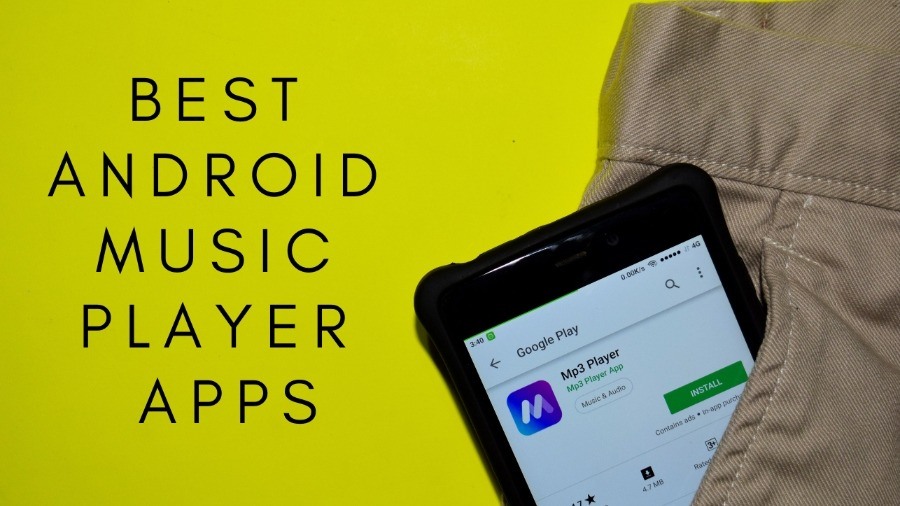 Best Music Player For Android: Today, we are going to share to the list of top best Music player for android. Music is a great source of entertainment and mostly everyone loves it. No matter what, nowadays people love to hear music wherever they want. Therefore, there are many great options for Music player as the craze of music is everywhere around the world.

If you are also a music lover and want to know which are the best Music players for android, then you have to read the following post. So, without wasting any time, let’s get started…

AIMP is a fairly powerful music player for Android which is popularly known for its simplicity and providing all the essential features that every music lover would love to have in their music player application in order to play songs on a regular basis.

Some of its key features are as follows: It is a simple-to-use app and has tons of advanced features for audio fans. It also supports most file types which also comprise mainstays such as FLAC, MP3, MP4, and others. It keeps it simple with a decent Material Design interface.

In addition to that, you also get a host of customization options, theming, as well as additional fun stuff like that. The app has also simple UI, therefore, you would have no problems getting around and listening to the music.

Musicolet is an ad-free, lightweight music player which claims to be the only music player app for Android that supports multiple playing queues. Musicolet lets its users control their music player with the help of their earphone button, it can be done by a single click for pause/play, double click plays the next track, as well as triple-click takes you to the earlier song.

It has many amazing features as well as an intuitive GUI with easy to access tabs for folders, albums, artists, and playlists.

In addition to that, it has an equalizer, lyrics support, tag editor, sleep timer, widgets and so much more. Some of its special features are as follows: It has a Multi-queue manager as well as the option to set more than 20 queues. It comprises of advanced music control with earphones as well as it also supports for Android Auto.

BlackPlayer is one of the best music players for android which is packed with Widgets, Gapless playback, ID3 Tag Editor, Sleep Timer, changeable themes and much more. BlackPlayer app is ad-free and is also available for free in the Play Store. There is also a paid version of it with extended features that can also be purchased.

This music player also supports the standard local music file format like MP3, WAV, OGG. In addition to that, it has an equalizer, widgets, scrobbling, an ID3 tag editor, no ads, themes, and as well as it is the most commonly used music files.

Some of its special features of BlackPlayer are as follows: It supports Android Auto and WearOS.. 5-band equalizer with BassBoost, 3D surround Virtualizer and Amplifier. Here the users can view and edit embedded lyrics.

MediaMonkey is fully loaded with great and advanced features which also comprises organizational features for things such as audiobooks, podcasts, and the ability to sort songs by things such as composer.

Its library can be browsed as per to the albums, audiobooks, podcasts, artists, tracks, genres, as well as even according to the composers. It also has basic stuff like an equalizer.

The folder view is accessible for a trial period of 15 days. Its search algorithm is fast and accurately displays both artists as well as the tracks. Some of the special features of Media Monkey are as follow: It comprises of Five-band equalizer with stereo balance and support for Android Auto and Chromecast/UPnP/DLNA devices.

It offers various options to bookmark large files such as audiobooks and videos. It is compatible with third-party scrobblers comprising Last.fm and Scrobble Droid.

Musixmatch lets you view lyrics to songs even using other apps such as Spotify, Youtube, Apple Music, SoundCloud, Google Play Music, etc. This music player is best for those who like to sing along with songs.

It also let its users search songs by title, artist or just a single line of lyrics. The player itself comprises of all the necessary features as well as let browsing of media by album, artist, genre, and folders. The music player app also displays ads but at the same time, you can get rid of it by buying the premium version.

Some of the special features of Musixmatch are as follows: Translation of lyrics in real-time, to identify the lyrics of songs that are playing in your surroundings, LyricsCard feature in order to share lyrics of songs. It supports Chromecast as well as WearOS

Neutron Music Player is another one of the best music apps. It comprises of many amazing features which makes it different from other music apps. It also features a 32/64-bit audio rendering engine that is independent of the Android OS, as per the developers.

It also includes many other features, such as its support for more unique file types (flac, MPC, etc), a built-in equalizer, as well as a host of other audiophile specific features. However, it is a bit costly and the UI is certainly not the best on the list. But on the other hand, everything else about it is pretty decent.

VLC is very popular and best for Windows and its Android version is also out there for playing MP3 and other audio files. Most of the people might already know VLC as a video and audio player that can play almost anything. It is an open-source app and very simple to use as it has no-nonsense interface. One of the best things about VLC is that it supports lots of file types.

VLC also has a dedicated audio section that scans all the music that has been stored on your phone and sorts all the content in different tabs such as Artists, Albums, Tracks, and Genres.

This was the list of our top best Music player for android, if somehow you are not satisfied with these and want to search and try for more, then here are some of these: jetAudio HD, Neutron Player, Phonograph, Pi Music Player, PlayerPro, Poweramp, Pulsar, n7player and much more.